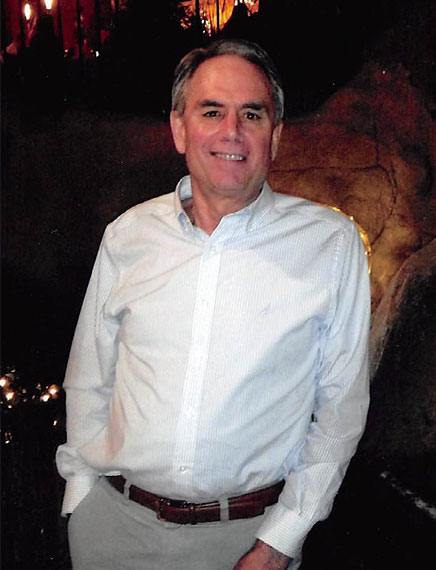 It is with great sadness that we announce the passing of Robert C. “Bob” Muirhead.

Bob passed away peacefully with his family by his side at 10 p.m. on Wednesday, January 22, 2020 after a brave four-year battle with multiple myeloma.

Bob had the ability to connect with just about everyone (except on occasion with his nemesis, the IRS) and enjoyed the special bond he had developed over his 40 plus years working with each of you.  Especially during his illness, it was his interaction with all of you that gave him something positive to focus on.  Bob could often be found in the chemotherapy infusion center responding to emails and returning client phone calls.  Even during his 3-week stay at the City of Hope for his stem cell transplant in August 2016 (which he affectionately referred to as his summer vacation in Duarte), he did his best to keep up with client-related needs.

Bob was a loving husband to his wife, Lori and a devoted father to his son, Rob.  Bob will best be remembered by his family for walking an honorable path and living life with integrity. He had a giving heart and a gentle spirit.

Bob was born the eldest of four children on January 8, 1954 at the Madigan Army Medical Center in Tacoma, Washington.  He would often joke that he felt a kinship to Elvis as they shared the same birthday.  He was raised in Downey, Calif. and from an early age he developed a love of academics, leadership and sports. Despite being a quiet gentleman in the classroom, Bob’s passion for sports created a fiercely competitive spirit in him.  He was awarded MVP of his varsity football team for his skill as a wide receiver, defensive back, and kicker during both his junior and senior years at Downey High School.

Upon graduating high school, Bob was the recipient of a scholarship to Claremont Men’s College for academics.  There he naturally gravitated toward accounting and chose to join CMC’s Study Abroad program in Lugano, Switzerland.  Despite never having been on an airplane prior to this, Bob relished the adventure of studying in a foreign country while also learning firsthand the benefits of currency conversions in neighboring Italy. Thanks to the difference in foreign exchange rates in Italy, Bob put his accounting mind to work and quickly calculated how to stretch his meager student budget.

Bob’s first job after college was with the Circle K Corporation in Phoenix, Arizona where he was an auditor for the Southwest region of the U.S.  After two years with Circle K, Bob returned to Southern California and in 1978 was hired by Miller Giangrande as a junior accountant at the age of 24.  Possessing both a strong work ethic and a willingness to take on additional responsibilities, while also passing the CPA exam during this time, Bob was promoted to partner in 1981 at the age of 27.  He later became the Managing Partner in 2013 until his semi-retirement in 2019.

Some of Bob’s favorite things in life included spending time with his family, helping his clients and listening to Dennis Praeger, Charles Krauthammer, Larry Mantle’s interviews on NPR and Van Morrison music.  He also had a great affinity for wearing playful, colorful socks, counting among his favorites the “Y’all” socks his son sent from Tennessee.  Ice cream and cookies were a nightly ritual.  Scotch was a two thumbs up.  And a good burger was a beloved indulgence after infusion treatments.

Being the humble guy he was, Bob’s wishes in his words, were “to go out quietly to meet the Big Accountant in the sky”, expressing his desire for a private and intimate family celebration of life in lieu of a memorial service.

Please celebrate Bob’s life in a way that will be meaningful to you; be it a toast, a prayer, watching a beautiful sunset or just wearing a pair of colorful socks.  In lieu of flowers, Bob selected a few organizations near and dear to his heart which have helped us navigate through our challenging journey.  Or please feel free to contribute to a charity close to your heart.